This past week, Abbey and I were in Manteca, CA at Central Valley Baptist Church for their annual Missions Conference. Pastor Parry Dalzell and the CVBC people were very encouraging to us as we had the opportunity to present our future work to the country of Uganda. The two other missionary families during the conference were the Sanders family going to China and the Norris family going to Mozambique. The guest speaker was Bro. Dave Smith who has been a mission’s speaker, pastor and teacher for many years combined. His messages were direct and helpful to us as missionaries. I think one of the biggest things that the average missionaries tend to forget is that we are also expected to have faith in our giving. We, above anyone else, should be giving to missions for we are beneficiaries of mission giving. Every message that Bro. Smith preached gave me thoughts for my own personal life as well as some things that I had never really seen before until he preached on it!

We had the opportunity to stay in the home of Bro. Mel Hall. Bro. Hall is known across California for his use of “Gospel Magic.” We were treated to a show and even taught some of the “tricks of the trade” to use in our future missionary travels. His kindness will not soon be forgotten and we are thankful for his willingness to open his home for our stay in Manteca.

We had the opportunity to speak to the teenagers during Sunday school and the 4th to 6th grade junior church during the morning service hour. It was encouraging to see teenagers and kids desperate to learn more about missions and being surrendered to whatever God might call them to do.

We are very thankful for the new friendship that we have with Pastor Dalzell and the people and staff of Central Valley Baptist Church. With this marking the end of our part-time deputation, this missions conference will always hold a special place in our hearts. The Lord blessed us with 9 meetings in 9 weeks, which was way beyond what I thought God was going to give us this fall. Currently, we are at 11% support not including a couple other churches who have promised us support potentially beginning in January. I do not deserve the blessings that God has given us; but at the same time, I am thankful that I have been given the opportunity to serve the Lord in this specific capacity!

Please continue to pray for Abbey as she works her way toward the December 10th scheduled induce date. It is hard to believe that this is only 3 weeks from today! The time has flown by and I think she is probably the most grateful for that fact! 🙂

Unless God allows us to schedule another meeting in California this November or next January, our deputation will now pause until February 1, 2019 when we will be with Pastor Russell Mackay and the Metro Baptist Church in Burnaby, BC to officially begin our full-time deputation! Next Stop: Burnaby, BC, Canada—February 1st!

Speaking to the teenagers on Sunday morning 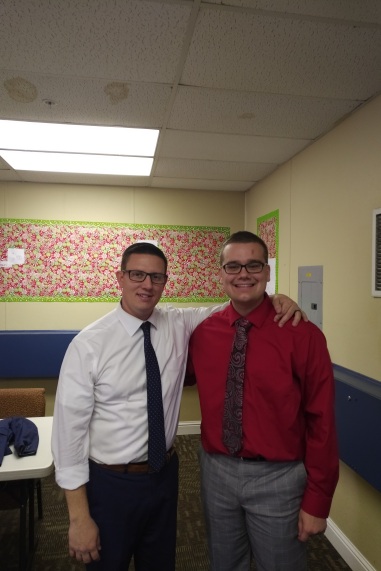